Japanese women face many obstacles returning to the workplace after having children.

Japanese Prime Minister Shinzo Abe would like to see women comprise a larger percentage of his country’s workforce. Faced with a shrinking labour pool as baby boomers and 1950s danso-generation men retire, Abe placed women at the centre of his growth strategy in 2013, declaring that he would create “a Japan in which women shine.”

To some extent, Abe’s efforts have borne fruit. At last year’s World Economic Forum, Abe trumpeted two facts: Nearly 3 million women entered the workplace in the preceding six years, and Japan now has a higher female labour force participation rate than the United States (74 per cent versus 71 per cent).

But these statistics mask a darker truth: The country’s gender pay gap is by far the largest of any advanced economy, and the situation is getting worse. Out of 153 countries surveyed, Japan ranks 121st, in between the United Arab Emirates and Kuwait, according to the World Economic Forum’s 2020 Global Gender Gap report. A little more than a decade earlier, Japan ranked 80th. Japanese women, meanwhile, make about 75 cents on the dollar as compared with their male counterparts. The gender gap is exacerbated by cultural forces, including the expectation that women are primarily responsible for child-rearing, which leads nearly half of Japanese women to quit work after having their first child.

“Domestic childcare is completely a mother’s problem,” explains Global Staff CEO Kazumi Takahashi, and finding childcare support can be particularly challenging. The trend is so pronounced that there’s a Japanese economics term for it: the “M Curve.” Plot women’s labour force participation versus age, and the graph, which resembles a letter M, shows women leaving the workforce to marry and have children in their twenties and thirties, and then re-entering in their forties.

That re-entry, though, can be difficult. “Japanese companies have a strong culture of recruiting new graduates and are very reluctant to hire women with ‘career blanks,'” says Waris Co-CEO Miwa Tanaka, using a term that is common in Japan to describe people who have stepped out of the workforce. On top of that, “Women with career blanks are not confident, so it is difficult to take a step towards reemployment.”

Even when women do re-enter the workforce, they are still largely responsible for maintaining the home and raising children. Each week, Japanese women spend five to seven times longer doing domestic work than their husbands, according to Japan’s National Institute of Population and Social Security Research.

“Time management -juggling full-time work, childcare, and other housework -is a challenge. This is particularly pronounced when husbands are not supportive,” notes Nobuko Kobayashi, a partner at EY-Parthenon in Tokyo.

“It is a very difficult skill in Japanese society to achieve a balance between being a ‘mother’ and ‘working woman,'” says Career Mam Founder and CEO Kanae Tsutsumi. “PTA and school briefings, for example, are held during the daytime on weekdays, so if you want to participate, you have to take a break from the company frequently. This can annoy your boss and customers, and you may miss out on a promotion.”

In the face of these challenges, a growing number of Japanese human resources firms, like Career Mam, Global Staff, and Waris, now cater to mothers who are ready to return to the workplace. Some focus on placements whilst others provide women with the skills and confidence to work independently.

But these efforts have to confront another structural trend that is also hampering moves towards gender equality: the steady rise of contingent labour, from 15 per cent in the early 1980s to nearly 40 per cent today.

“This surge in non-regular jobs is the most important shift in employment of the past three decades; it is arguably the most notable change in Japanese working life since the 1960s,” writes Harvard Professor Andrew Gordon.

Full-time workers typically enjoy seniority-based raises and promotions, while contract and part-time workers do not. Lower-earning, part-time roles account for more than half of all female jobs in the country, according to government statistics, despite the fact that a record number of women -more than 30 million -have entered Japan’s workforce.

“Women returning to work typically have a hard time getting full-time work,” notes Kobayashi, and when they do, they are at greater risk of being put on the “mommy track,” sidelined without a serious chance of promotion.

So, while Abe can truthfully trumpet an increase in the number of Japanese working women, much more work needs to be done if he is to close the country’s gender gap. 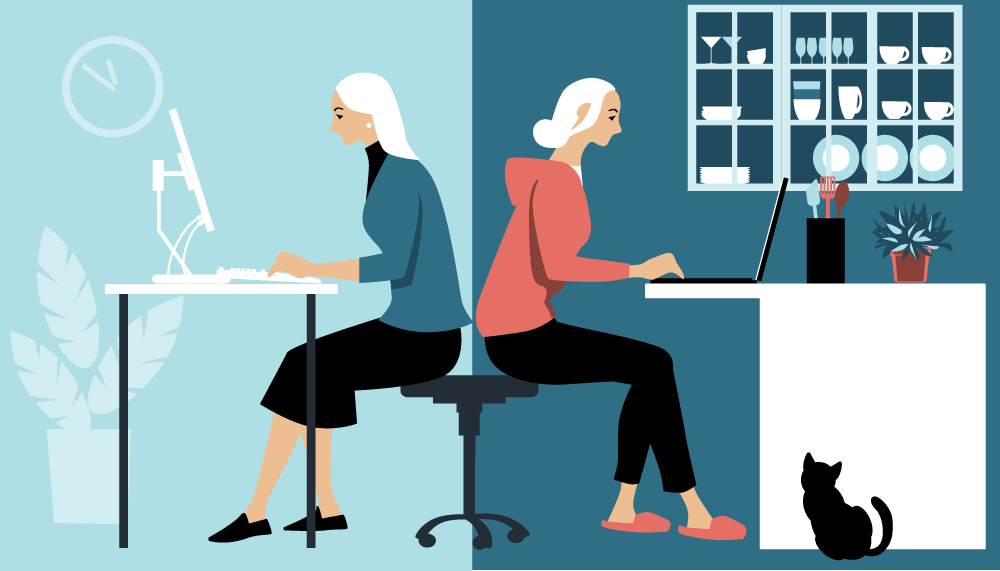 HR To the Rescue -Again