HRO Today has annually ranked HR service providers through Baker’s Dozen Customer Satisfaction Ratings™  for nearly two decades. Its research revealed that while there are many rankings of various aspects of HR, there isn’t one definitive source of which companies are the best for human resources. Enter HRO Today’s HR100.

To create the ranking, the HRO Today research team collected available public data from nearly 40 established benchmarking and ranking programs in the identified categories.  Examples of these programs includes HRO Today‘s Most Admired Employer Brand Awards, Fortune Magazine’s 100 Best Companies to Work For, Training Magazine’s Top 100 and Glassdoor ratings. This generated a score based equally on depth and breadth of outside recognition and internal recognition. The data is then aggregated and weighted to create the final score, producing the index used in the ranking.

To generate the score, the HRO Today research team first examined the total number of lists within each of the HR areas outlined a particular company appeared on.  Weights were assigned to each source depending upon the scope and exclusivity of the list. The raw scores were then summed, and an index was established to create the final score.

To create the ranking, the HRO Today research team collected available public data from a representative list of 40 established benchmarking and ranking programs in the identified categories. This allows researchers to generate a score based equally on the depth and breadth of outside recognition and internal recognition.

To generate the score, researchers examine the number of lists identified a particular company appears on and their relative ranking where appropriate., This information is then aggregated and weighted to create the final score, which produces the ranking. 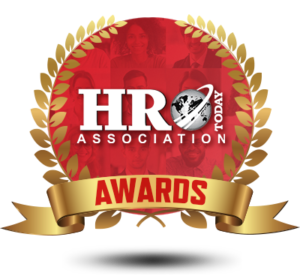 Rising to the Top